The 3 types of workplaces

I’ve been writing this blog since 2007 and I have noticed a big difference in managers attitudes towards employee wellness initiatives.

Over the years I’ve noticed 3 distinct types of workplaces and I want to share them with you.

1. The first type is happy and full of ambition.  Workers show up early for work to socialize and have coffee before work starts.  They can’t wait to get up and go to work.  Workers feel like they are an important part of the business and their ideas are welcome. Low turnover, low injury rates and savings on the bottom line.

2. The neutral low energy workplace is full of rules and they are heavily enforced.  Everyone shuts up and does what they are told without question…even unsafe acts rise dramatically with this type of management system. Workers feel oppressed and get discouraged have no loyalty to the business vision and that can lead to loses on the bottom line.

3. The third type is fully dysfunctional.  Workers at this stage are usually late all the time, don’t show up or get fired for a serious offences that results in high turnover.  They are many times more likely to fake injuries or get hurt for real; sabotage and thefts rise as well.  Usually this type of workplace exists in a union environment. Many losses on the bottom line with the dysfunctional workplace.  Enough to close it down!

I am sure that those who read this can agree that most workplaces fit into one of these three  general categories.  I just hope yours is the happy one!

A Simple ‘Thank You’
It only takes a moment (less than 60 seconds) to recognize the efforts of a co-worker. You could call it “fly-by appreciation”. Example: “Thanks for getting that study out to the staff so quickly. Now they will have time to read it before the meeting…”(15 sec.)
Pay Attention
Noticing when people are doing the right thing increases the probability they will repeat it. Example: “I saw how smoothly you let that student know what they could do to avoid a delay. Thanks for doing that level of customer service…”
Inspire Effort
People who feel appreciated give more to the job than what is merely required. They are ready to give the “discretionary effort” necessary to a healthy organization.
Reward the right things
You get what you pay attention to. If you positively comment on how an effort helps maintain our core values, or facilitates customer service, or helps new staff orient, or cross-trains staff, or builds teamwork, etc. staff will know what is important around here.
Personalized Approach
One size does not fit all. Staff are individuals and respond differently to the same strategy. Ask staff how they want to be recognized.
Equal Opportunity
There should be opportunity for all staff to receive recognition–whether for improving performance, for extra effort, for creativity, or for reliably doing their job each day.
Keep it Positive
To have the greatest impact, the recognition message needs to be completely positive (coach later!), specific, sincere, and given soon after the effort.
Enjoy!
“Fun, joy and sharing go hand-in glove with world class quality.”- Tom Peters. Celebrate individual and unit accomplishments- planned or spontaneously!
Recognize Leadership
Give recognition to staff that support a “recognition culture” with their actions and words by publicly noting their contribution, including it in their performance appraisal, inviting them to recognition celebrations, etc.
Recognize Teamwork
When the relationship among co-workers is good, recognition enhances work performance. When the relationship is troubled, it usually doesn’t matter how you reward or recognize people.

Source: Adapted from University of Iowa 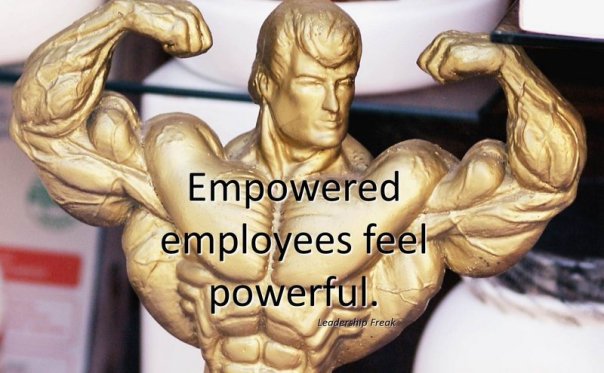 Managers!! Get out of the office

One of the best things that managers can do is get out of the office and get some face time going with the workers on the front line.  Get out and interact with them. Not in an event way like “ride the big bike” for charity event once a year. I mean get out there as individuals and create friendships with the employees.  Too many times there is a distinct separation between management and hourly employees, which causes a distancing effect from your workforce that can undermine your corporate goals as a whole.

When a regular hourly employee knows your name and you give genuine recognition, then you have an employee who feels like you care about them and they will stop at nothing to do the best job they can to aid and assist in the success of the corporate goals. 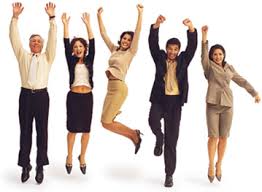 Keeping your employees happy is a key component to getting the most out of your bottom line.  With a business being ran by a bunch of unhappy campers who don’t want to be there, you can bet that your production rates will decrease as well.  Not every job is glamorous.  As a matter of fact, most jobs are the complete opposite.  However, that does not warrant the assumption that every day has to be a living hell.  Understanding the connection between employee wellness, morale, and the bottom line will help any frustrated supervisor transform their workforce.

Your employees are simply human beings who are trying to make a living.  They do not need or wish to be treated as slaves – machines that can take a beating without uttering a complaint.  Even machines break down; and your employees will as well if you don’t take some time…

So it’s my birthday today and I got thinking about my driver training I received when I turned 16.

Still no accidents and I can attribute this to my excellent driver training.

We can apply this same train of thought to successful businesses and how to avoid pitfalls or failure. Look ahead, anticipate problems and deal with them before they become problems.

Evaluate your business, look ahead, where do you want to go?

Morale, also known as esprit de corps when discussing the morale of a group, is an intangible term used to describe the capacity of  people to maintain belief in an institution or a goal.

Right from the start of every military career, esprit de corps is taught to young recruits as an essential part of being in the military.  It is the “Glue” that keeps a unit together, ready for whatever challenge may arise.

Being posted to a warship I know how true this really is, for example, when a ship has a high morale  thing are good; the food is great, everybody is rested and feeling energized.. smiles.. jokes and high fives all around.  Nothing can stop us!

On the flip side, when the morale is low it can be like a jail with no escape.  People are upset, frustrated and even emotionally damaged.  You just don’t want to be there anymore, but you don’t really have a choice because you can’t just get off a ship in the middle of the ocean.

Interestingly enough, the Captain of the ship and how he treats the crew, is the sole reason for good or bad morale.

“One With The Strength Of Many“

“The Right to Refuse”

We here in Canada have some great laws that protect the worker’s safety, however,  they’re widely unknown and unused.

The most unused law is the right to refuse unsafe work.  It’s probably the most powerful and important “right” workers have, yet it goes unused.  Just think of all the deaths and accidents that could have been prevented if they had used that right.

Every person I hire starts their fist day with me.  We go through training videos, have a safety tour of the plant at which time I show them all the does and don’t s and what to watch for.  I also explain in detail the right to refuse unsafe work and I encourage them to use it.  By doing this I give them the knowledge and tools to stay safe and go home at the end of each shift.

Is it possible to achieve a high-five slapping, relaxed, stress free work environment?

We’ve all worked in places where we had stress from high demands, low reward, unreasonable expectations, gossip and even political games that can get pretty nasty!

Some of us have had the privilege of working in an almost utopia of positive reinforcement by senior staff combined with a genuine caring for your over all well-being.  Everyone is made to feel welcome and part of a team. It’s relaxed, stress free and you may even get excited about going to work to do the best job you can!

I am a fan of the T.V. series Undercover Boss, mostly because it’s shed a light on the subject of psychosocial aspects in the workplace.  I like how the “boss” connects with the regular workers and listens to their concerns.  The “boss” always addresses the concerns and even finds a way to reward peoples loyalty and dedication with great gifts.

So  is it possible to achieve a happy, stress free workplace?  YES, only if the boss is behind it 100%.  Without that clear support from the top it wont have legs and eventually it will fade away.

If you build it, they will come!